The Margrave and Margravina, accompanied by the Margrave's advisor Topfglanz (and Nibbins the cat) are reviewing the newly raised Regiment Peinwik (on the left) and the existing Margraviate Regiment Stoorkopf (on the right) on parade in the parkland. 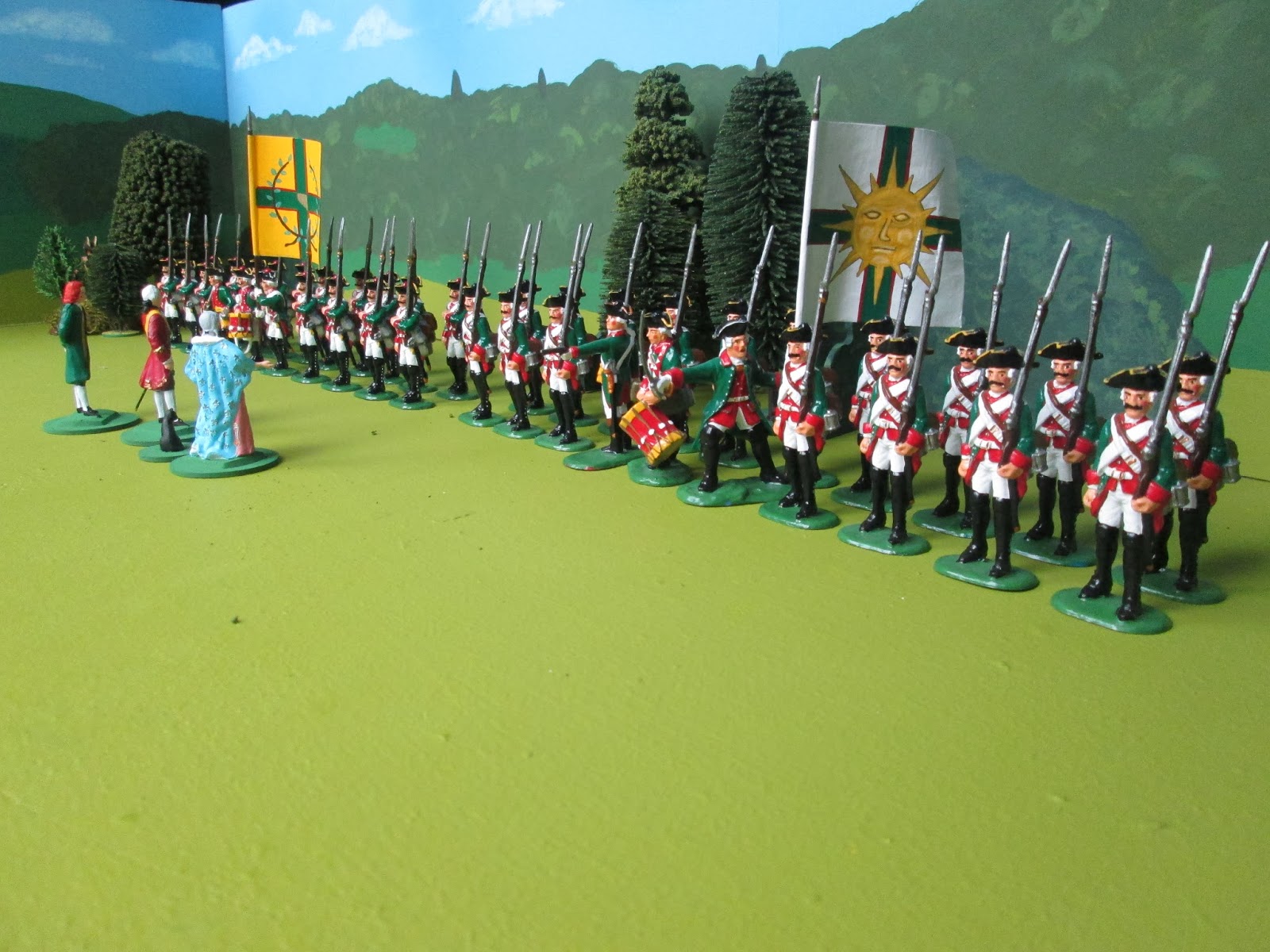 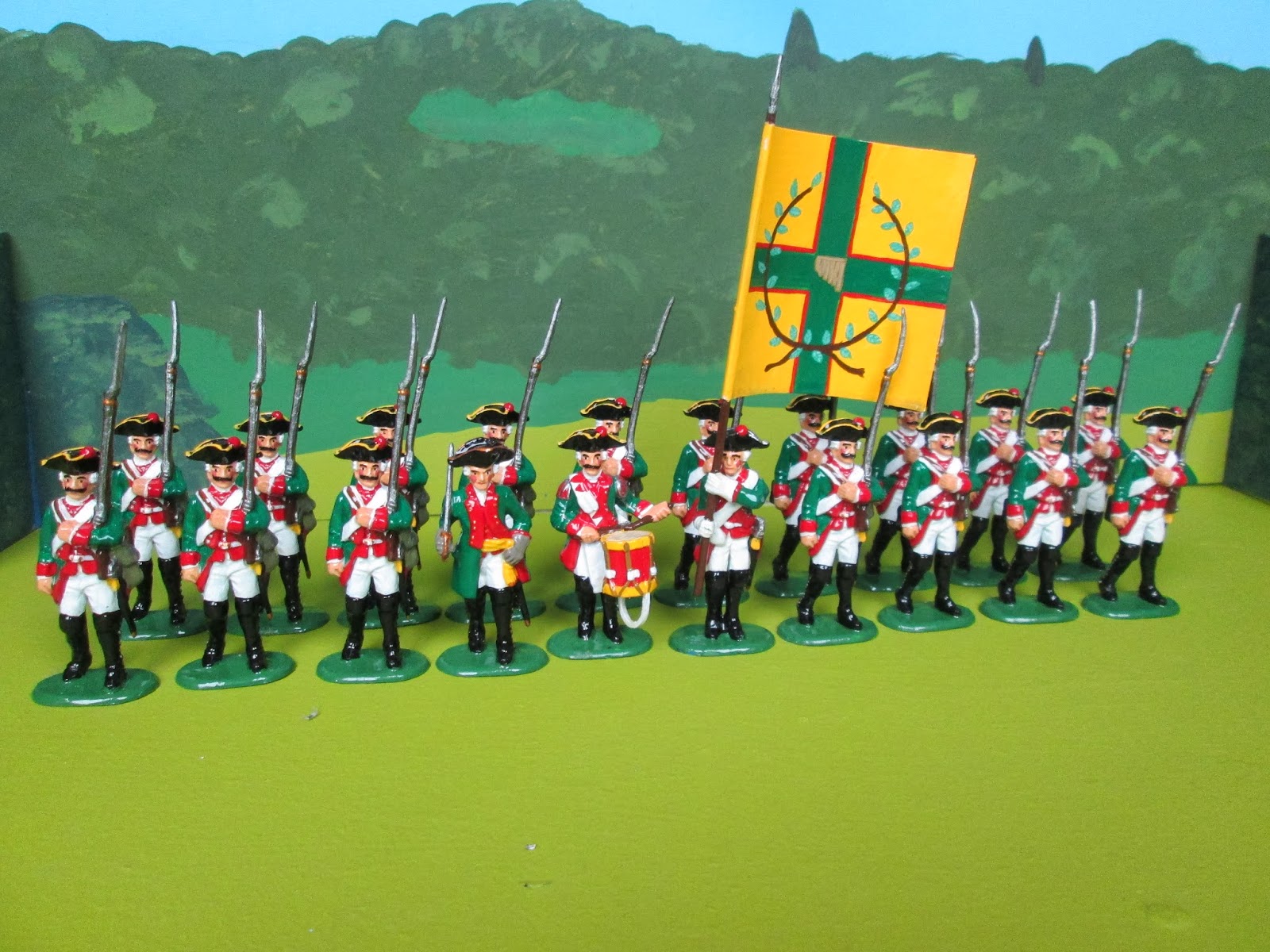 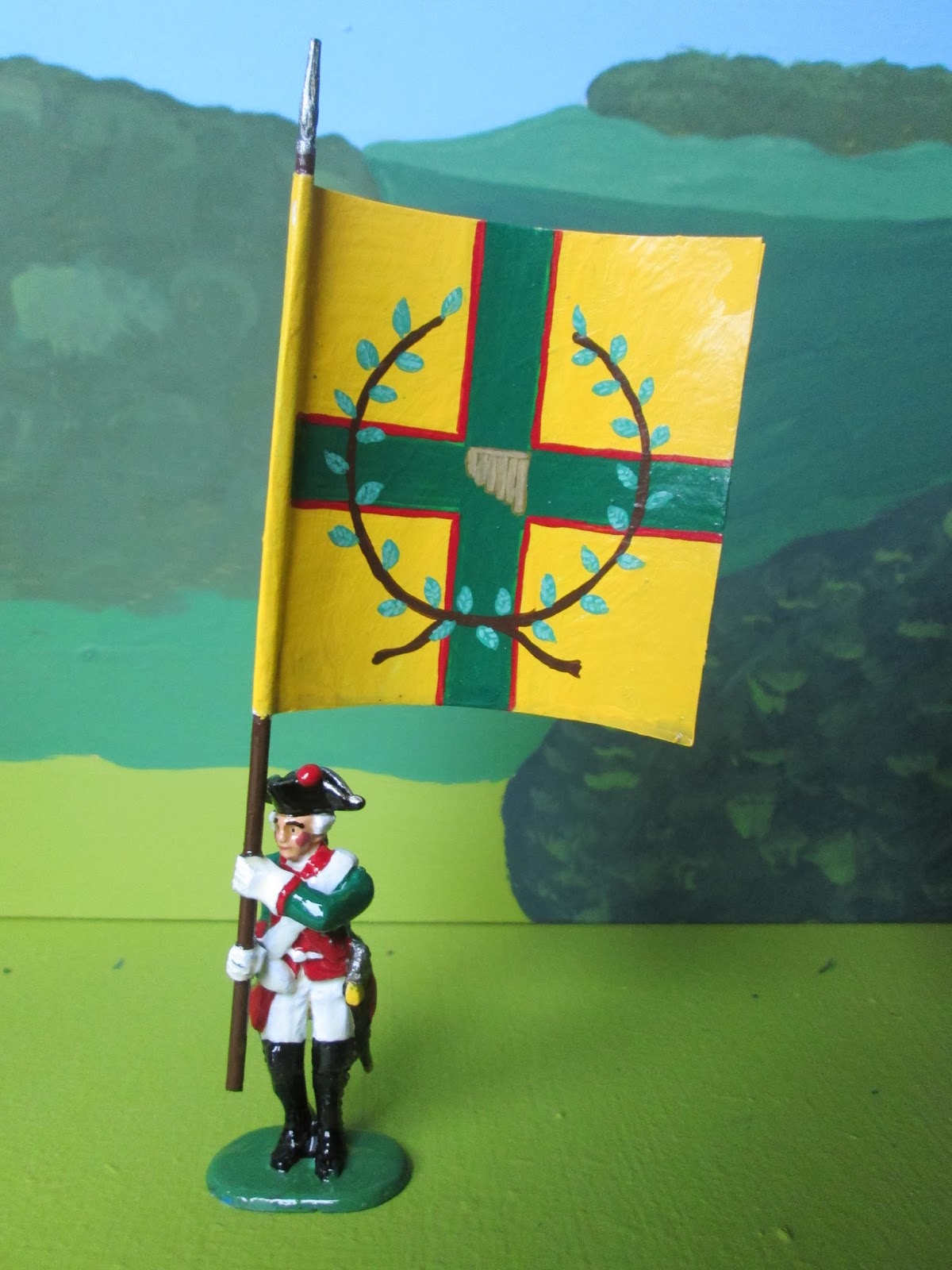 The new colours depicting the green cross of Trompenburg, some myrtle boughs and a syrinx. 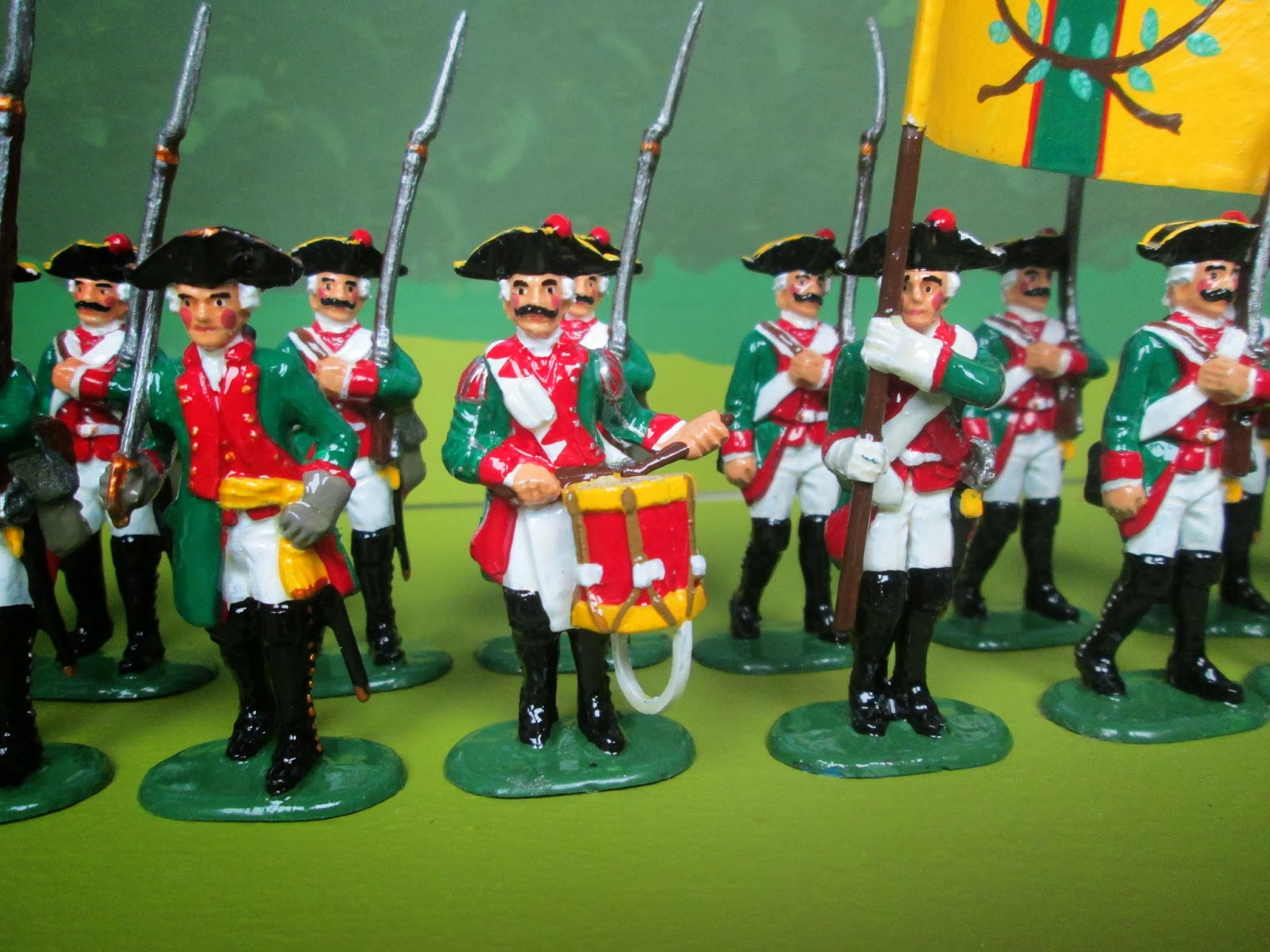 Detail of the command group

Regiment are HAT 54mm Prussians. The older Regiment Stoorkopf is currently varnished with Klear floor polish, but this looks rather dull next to the glistening yacht varnish of the new chaps, so a revarnishing is in order.

During painting one of the new regiment went missing, no doubt stolen by a small podgy 3 year old hand. He has yet to appear, so numbers are down to a 20 man unit (including command) instead of the planned 21.

Posted by Springinsfeld at 09:41

Email ThisBlogThis!Share to TwitterShare to FacebookShare to Pinterest
Labels: 54mm